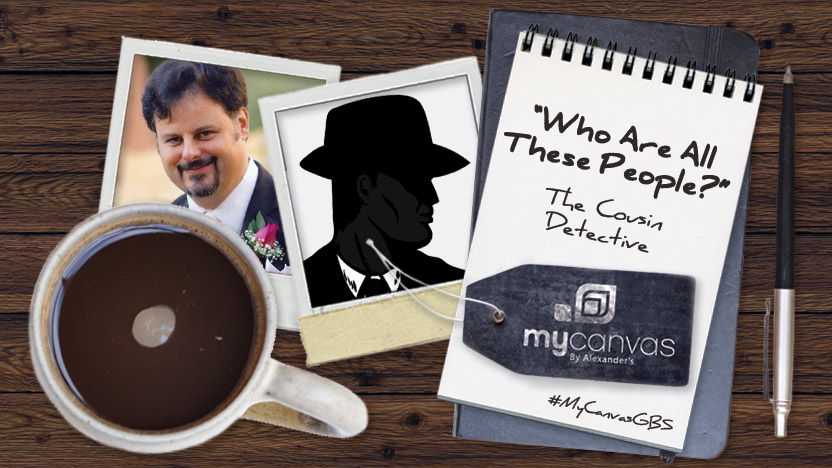 Who Are All These People? | The Cousin Detective

Many years ago, in the very early dawn of the internet, a complete stranger sent me an e-mail from Israel about his genealogical research into the family of Ludwig Bodenheimer. Ludwig was my great grandfather’s brother. I’d only recently discovered that he even had a brother, and that we had living Bodenheimer relatives here in the US. Anyway, this random chap thought he might have found a picture of Ludwig’s father, Benno Bodenheimer. He wasn’t sure, but wanted to share it with me, as it would be the first known photo of my great great grandfather. I’d heard about Benno many times, and never thought I would see a photo of him.  This was great news, and the photo was attached to the e-mail for immediate gratification. 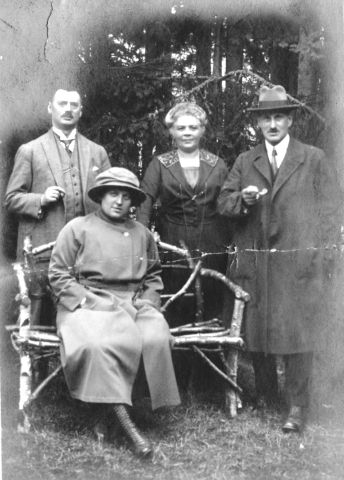 In April 2008 I joined a new collaborative genealogy site called Geni, and I posted my only photo of Benno to his Geni profile. There it happily sat for a couple years. I’d almost completely forgotten that the photo “might” be Benno.

But I Don’t Have Relatives in Brazil

Then one day I opened my e-mail to find a message from another complete stranger, this time from Brazil, telling me that the photo of Benno Bodenheimer on Geni was most certainly not Benno.  I hope I wrote back something short and nice, but I think it actually came across more like an accusation of, “who in the world are you and what makes you think that I could have possibly posted wrong information?”

Well, the gentleman in Brazil wrote back that he was the great grandson of Benno Bodenheimer. And furthermore, he would certainly know what his great grandfather looked like as he had photos of him hanging in his front room.  What? That would make him my Dad’s second cousin. How would I not know about him? Well, to make a long story short, it turns out he was actually telling the truth and sent me some photos to prove his connection (I have since met him, and he’s wonderful). 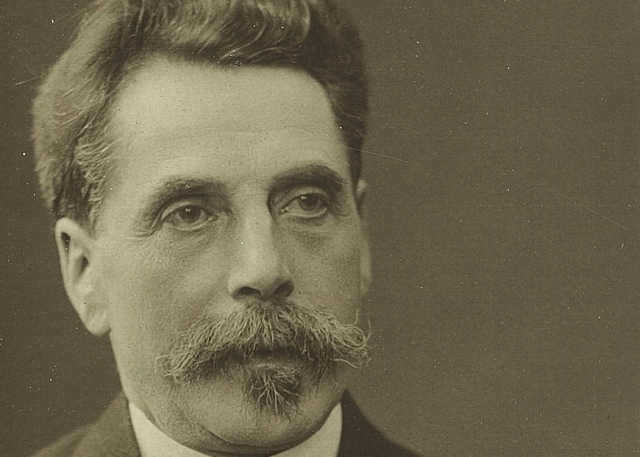 Finally, an authoritative photo of the camera-shy Benno Bodenheimer!  But that wasn’t the only photo he sent me… no, he also sent me a real mystery that I wouldn’t solve for years. 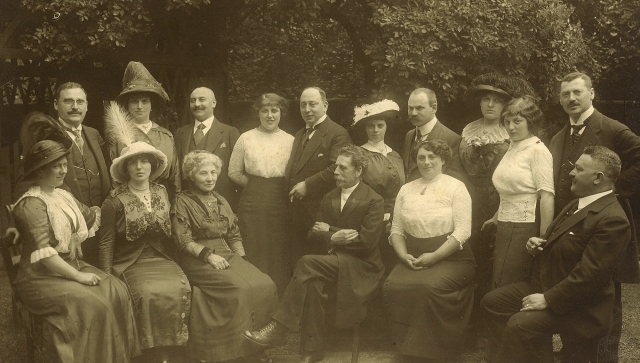 Yes, this is it: a simple family photo. Armed with the newly acquired reference photo, I can deduce that the one and only Benno Bodenheimer is seated right smack in the center, with his family gathered around him.

Here’s the issue. My newly found Brazilian cousin didn’t know who any of the people were. Nothing was written on the back. All he knew was that all of Benno’s children, and their related spouses (if applicable), were there.  But, as to which were which? Nothing.

Who are all these people?

Solving The Case of Benno’s Family

Here are the steps I took in figuring out each and every person in this priceless family photograph: 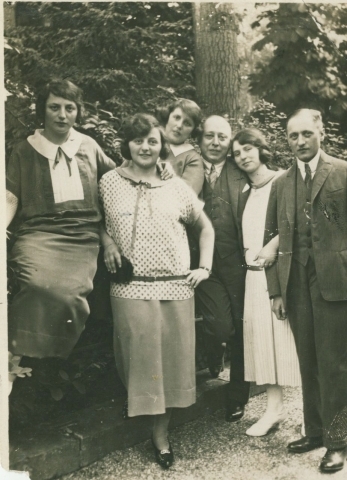 The years have passed, and I can finally call this case closed.

Using disqualifying date ranges, I was able to figure out that it was most likely the occasion of Benno’s 70th birthday on 21 March 1915. And, by finding a small photographer’s mark in the bottom right corner, it’s certain that the photographer was Oskar Ensslinger of Darmstadt, Germany (about 60 km north of Benno’s Heidelberg 1915 home). 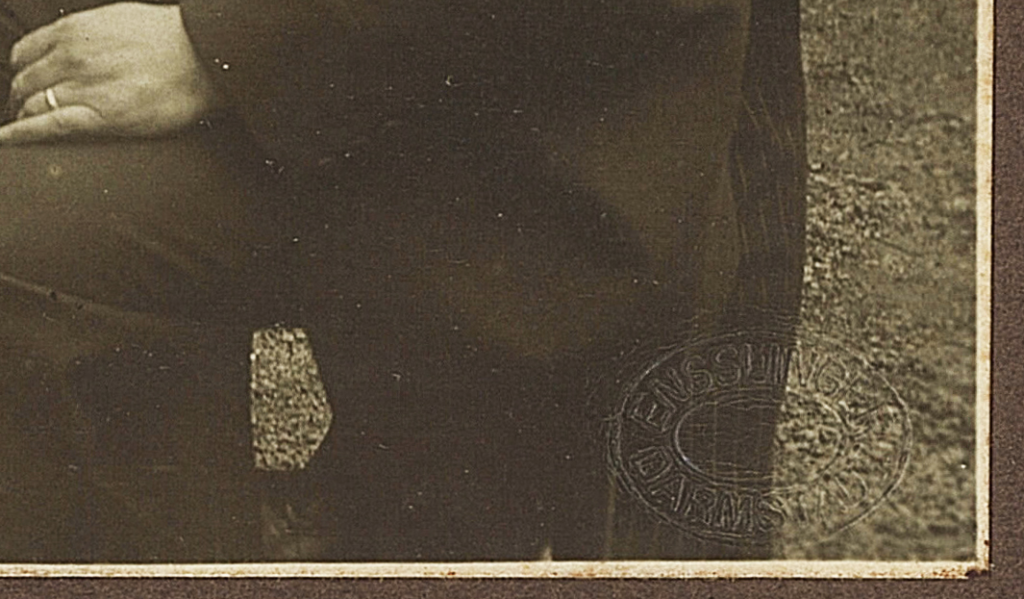 As for the people, everyone has been identified; so let’s meet them. 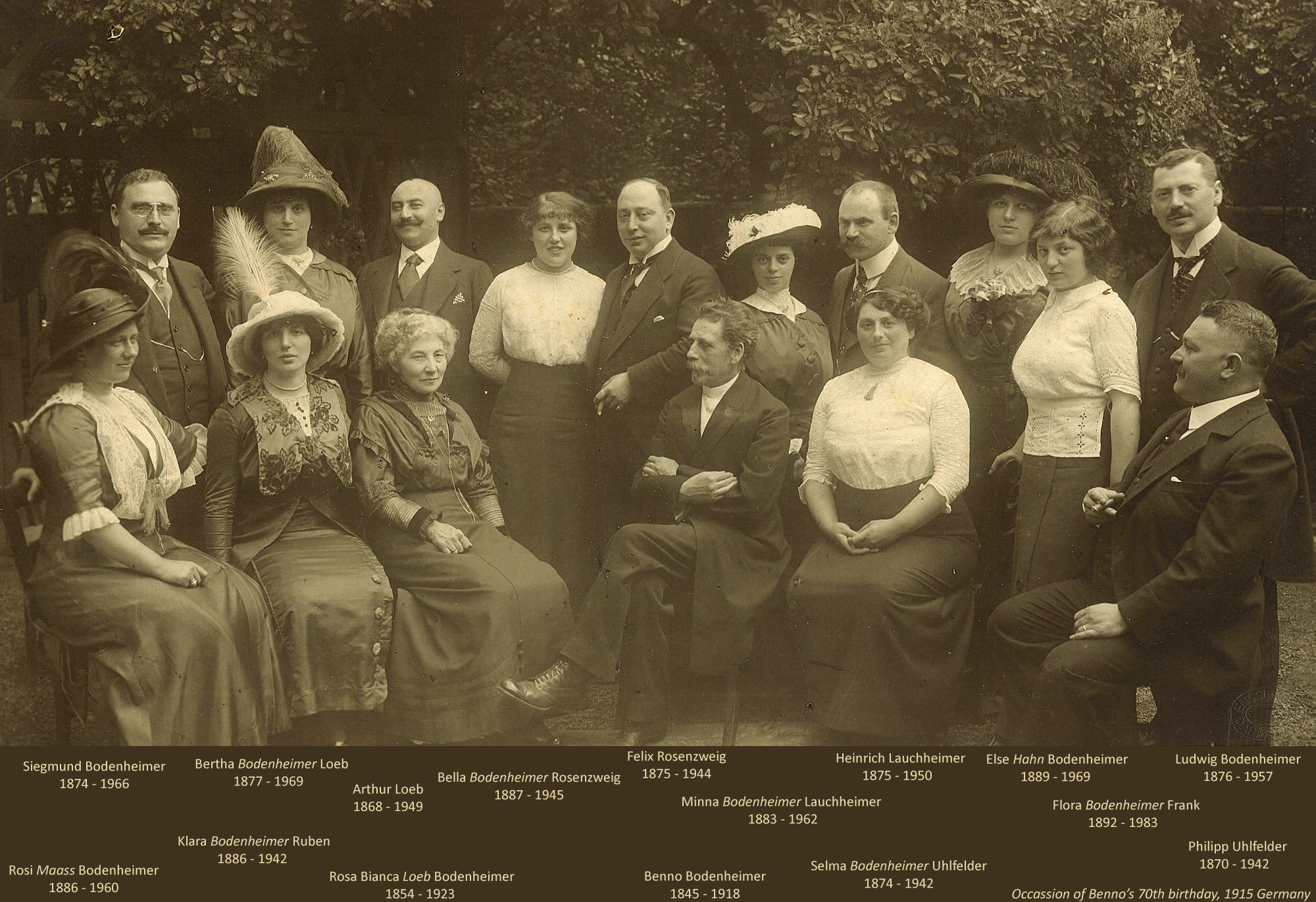 About the Cousin Detective

The Cousin Detective is written by Dan Bodenheimer, and is dedicated to solving mysteries in family trees, telling funny stories about the amazing things that happen during the investigations, and trying to keep a sharp sarcastic sense of humor fully engaged at all times.

Genealogy draws on many of Bodenheimer’s professional and personal strengths, the most rewarding is connecting people together to build the family tree in collaboration and sharing all the photos that are discovered in the process.

Next Week – Lynn Palermo – “Family History: From Blog to Book” 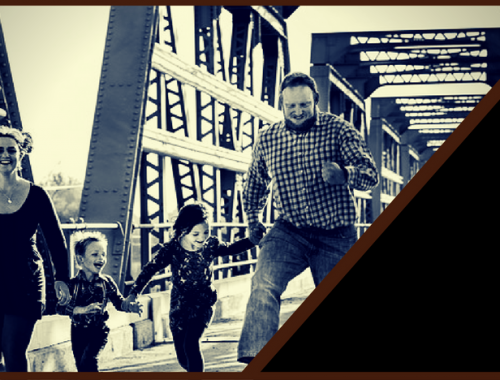 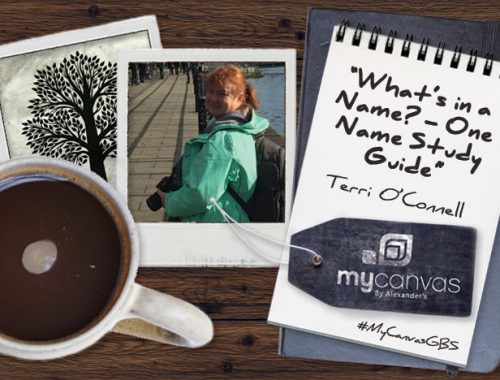