(All names have been changed to protect the family member)

What is a Probate Heir Search?

When a person dies Intestate, this means that they have passed away with some form of property (be it a building or a bank account with a value greater than their owed debts and funeral expenses) without leaving a Valid Will.

If the deceased person (Benefactor) has died without having a surviving spouse, children, grandchildren etc. this means that they have no surviving issue.

Once an estate is listed on one of these lists, researchers such as myself then choose an estate to research with the main aim of locating surviving family members who have either lost touch with their relations or, as in this case, did not know that their relation existed.

The “Heirless” Estate of Mary Robertson

The estate of Mary Robertson was listed on the TSoL unclaimed estates list in 2007 when Mary passed away in Middlesex without having any surviving issue. Her husband George had predeceased her and Mary Robertson had not had any children to her husband George or to any other partner. Unfortunately, Mary did not leave a valid will which would have indicated how she would have wished her estate to be distributed.

Mary had been born in 1917 in Edinburgh to John Robertson and Elizabeth Johnston, and according to her birth record her parents were an unmarried couple.

There were no other children born to John Robertson and Elizabeth Johnston, so I researched from this point trying to find half-blood family born to Mary’s parents.

Mary’s father disappeared after her birth and there was no way to determine where he went, so my focus went into locating any family of Mary’s mother, Elizabeth. 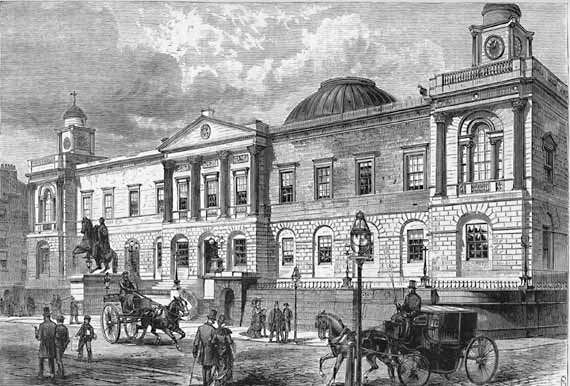 After several weeks of researching the records at New Register House in Edinburgh, I located Elizabeth living in the 1911 census in Edinburgh where she was living with her first partner, Richard Graziani, and their two daughters, Grace and Maggie.

The couple were not married, and according to the census records for 1911, Richard had been born in Italy while Elizabeth was born in Glasgow.

Things are a bit unclear as to what happened to the family after the 1911 census as the two girls were fostered out and Richard disappears. But it was discovered that,

Elizabeth shows up in 1913 when she marries for the first time to Bill King. Bill and Elizabeth go on to have a son in 1914 whom the couple named after his father.

Then in 1917 Elizabeth and John Robertson had our benefactor

In 1920 Elizabeth then meets her 4th partner, William Richardson. They had 2 children, James and Jessie.

Elizabeth and Bill King Sr. were divorced in 1924.

In 1925, Elizabeth remarries. Her new husband, Harry Carter, appears unaware of Elizabeth’s past dalliances as she tells several fibs on her marriage certificate. She claims to be 11 years younger than she actually is. She also changes her maiden name to King to fit with her divorced husband’s surname (which she is still using) and she cleverly uses her father’s surname Johnston as his middle name so her father is now recorded as Robert Johnston King instead of Robert Johnston.

The couple have one child named Ann.

Although the financial value of the estate was small, the fascinating part of this family’s history is that despite the size of the family and the amount of children Elizabeth had between her 5 partners, each branch of the family had no idea that there were any other family members.

Each branch of the family were amazed and delighted when I contacted them as they discovered cousins they never knew existed, all because a lady in her 80th year did not leave a will but instead left a trail of family history for someone to discover if they just looked closely enough.

I started researching my own family history about 18 years ago and discovered that I loved finding out about my past. I’m not sure if this is because I had a longing to know where my ancestors came from or because I am a bit nosey and wanted to find some family gossip.

Either way, after a few years I decided that I wanted to help others with their research and started Scotland’s Gengenie.

When I’m not being nosey and trying to find family for clients, I enjoy my own family, going for walks around the country and yes, you guessed it, shopping… 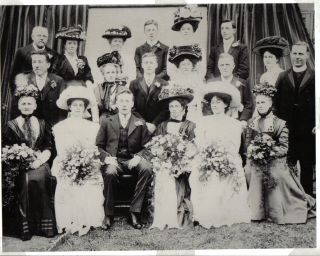 Next Week – Lisa Lisson – “Take a Closer Look at Your Ancestors’ Photographs!” – Read it now! 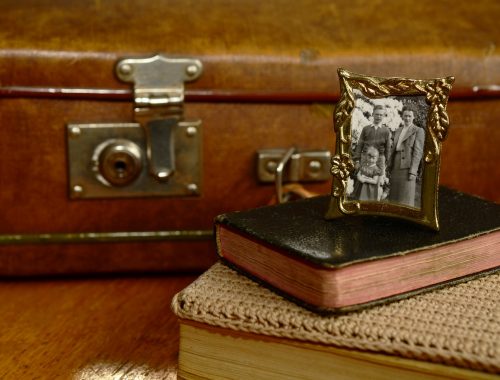 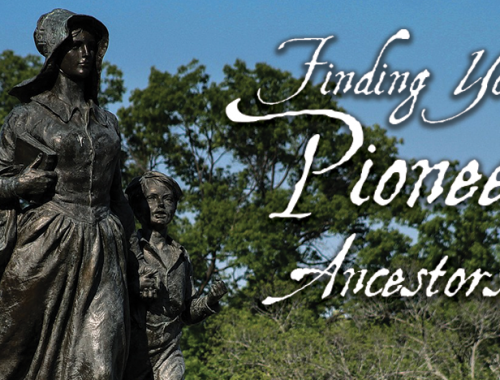 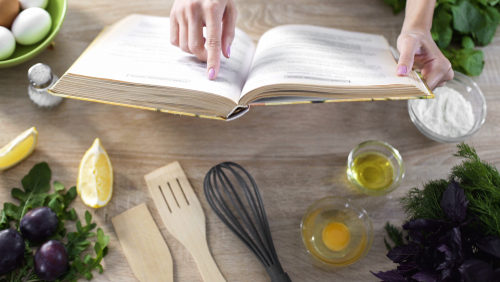